As 2015 draws to a close, the New Year is being heralded by the chorus of chainsaws and bulldozers -regularly punctuated by shouts of “RACISM” Blue skies and sunshine, sure, but it’s pretty chilly in the long shadows of residential towers and supply-side solutions. Feeling the cold? Well, you can always warm up with a dish named for the greediest man in town. Or, work harder.

In 2015 news of Our Scam made its way to some new and exotic lands, including Belize, Croatia, Cyprus, Macau SAR, Montenegro, Morocco, Namibia, Puerto Rico, St. Martin, and Senegal. Also, China.

My personal favourite, virtually ignored, was Sphere of Influence, wherein an attempt was made to define the extent of Vancouver socio-poleconomic influence through the use of FM radio transmissions. 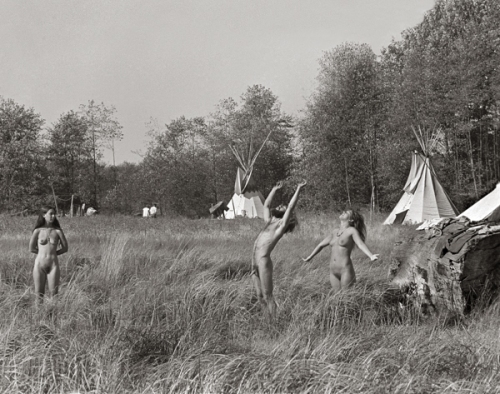 Beyond “scamcouver” and “gregor robertson and/or bob rennie plus colourful adjective,” some of the more interesting search terms driving traffic to this downbeat blog included the following:

“Do you think bjarke is on coke or meth?”

-kasimirkish, on the Mayor’s canto-pop star Wanting Qu in The Cringe: Love Birds

“Oh man, this is painful to watch. It’s almost hard to tell if it’s a parody or not. I thought university was supposed to be fun. Where’s the ultimate frisbee and alcohol poisoning?”

-Mark, on squeaky-clean kids and the transit referendum in The Cringe: Plebiscite Hell

“[I]t’s also pretty hilariously entertaining to think these city planners and staff take their jobs so seriously, yet are so consistently bad at what they do.” 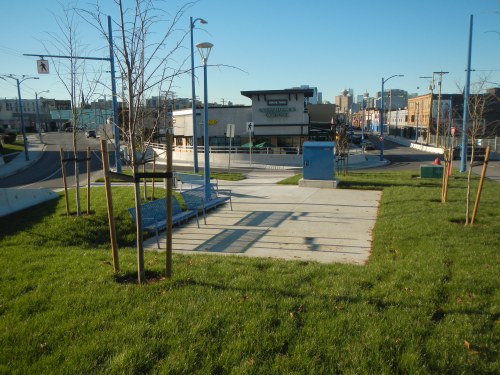 “Good job, Vision! Now you can bump up the ‘new parks created’ number on your next re-election brochure.”

-Fred Victer, in The View from Here

Alas, Fred was not totally satisfied with my efforts, as noted n the response to At the Margins: “There are plenty of things to critique about public transit and land policy in Greater Vancouver; your cutting but pleasing writing style is underemployed in this case.” Fred, your critique, nestled in praise, is much appreciated.

To be eligible for “Scammer of the Year,” candidates must have been character assassinated in this blog’s “Scammer” category at some point over the course of the preceding 52 weeks. Candidates are judged for their ability to present themselves as stalwart citizens while simultaneously deforming the local psychogeography for their personal enrichment; extra points are awarded for douchey behavior. The winner will be notified of their victory by poison pen letter, which will be accompanied by the cash prize comprised of whatever Canadian Tire money I happened to have pinned to my refrigerator. A likeness of the winner will be installed in a future “Strip Mall of Shame” –although the development permit is still awaiting City Hall approval.

The candidates for the forth annual Scammer of the Year award are:

And the winner is … Bjarke Ingels. 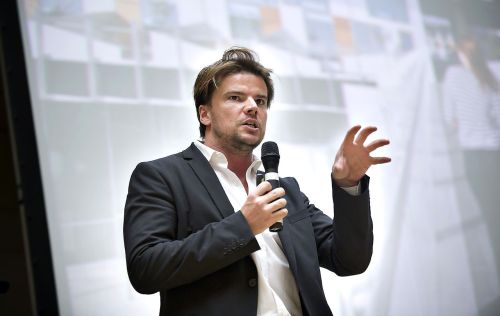 2015 in an image: international capital, local capital, and the front.

“Each of those casements opened onto a room where how many comedies had transpired! And how many dramas, for that matter! Their shudders had been closed in times of mourning, they had been bedecked with bunting and hung with fairy lights on occasions of victory. For the first time there came to me the vague thought that houses have a soul, composed of the joys and sorrows and labors of those they have sheltered, and that all have their history: secret, romantic, or joyful.”

G. Lenotre, in Luc Sante’s The Other Paris

“When these old homes come down, a whole history goes with them—the materials that were used to build them, the gardens, the successive owners and their secrets. These old houses and apartments are repositories of narrative. The story of our city is diminished every time one disappears.”

“The World Soundscape Project (WSP) was established as an educational and research group by R. Murray Schafer at Simon Fraser University during the late 1960s and early 1970s. It grew out of Schafer’s initial attempt to draw attention to the sonic environment through a course in noise pollution, as well as from his personal distaste for the more raucous aspects of Vancouver’s rapidly changing soundscape.

“The project initiated the modern study of Acoustic Ecology. Its ultimate goal is ‘to find solutions for an ecologically balanced soundscape where the relationship between the human community and its sonic environment is in harmony.'” 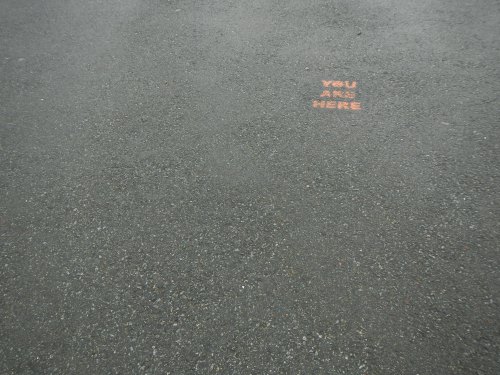 Strictly by the Numbers 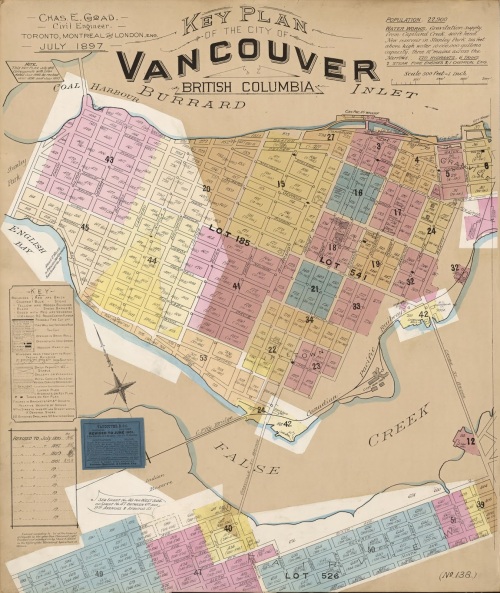 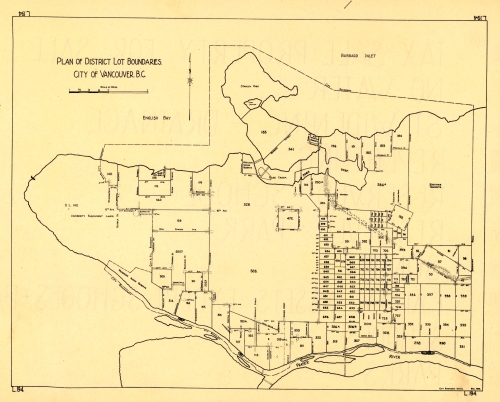 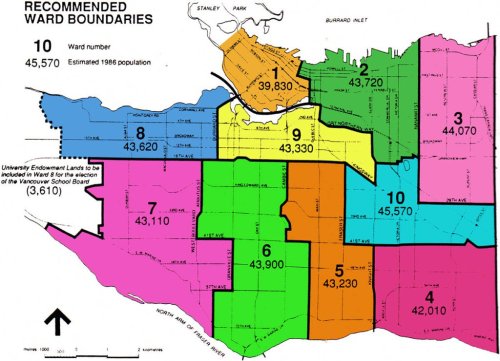 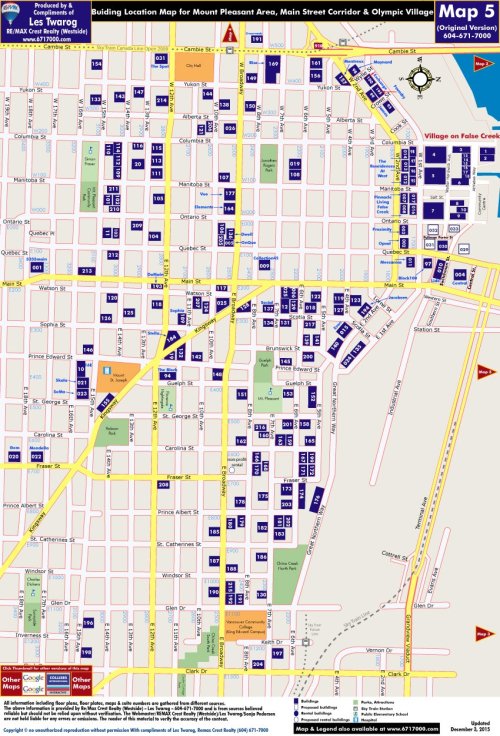 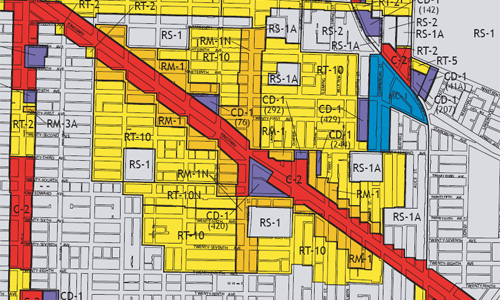 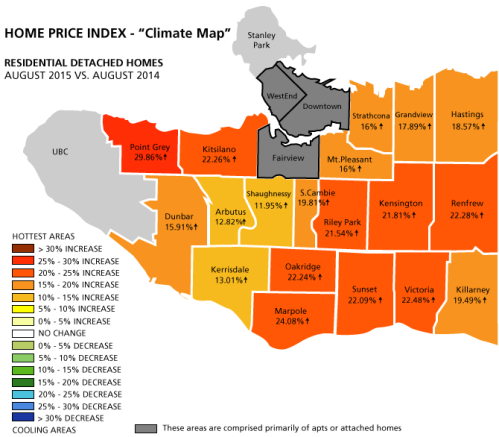 “For the port authority, a key issue is the dwindling supply of industrial space near marine terminals. Municipalities in the Lower Mainland have responded to soaring demand for real estate by re-zoning commercial land for condos and retail. But [Port Metro Vancouver CEO Robin] Silvester warns the trend will soon begin to choke off the port’s operations if big companies … can no longer find adjacent land to build or expand their distribution centres. ‘We’re at a risk of hitting an economic brick wall,’ he says, adding that it’s not just a local issue since one out of every five dollars of trade with Canada moves through Vancouver. ‘We think there’s less than a 10-year supply of industrial land left in the Lower Mainland.’”

“Toward the end of this scenario, the Lower Mainland looks very different than it did in 2011. In many areas, including Burrard Inlet, waterfront industry has given way to residential uses and tourism amenities.

“Some people view this transition as a positive outcome. For those who can afford it, the Lower Mainland is still a pleasant place to live and visit. But something important has been lost in this urban experiment. The region has become a lifestyle bubble for many; a place to retire and retreat.

“While ethnically still diverse, the region is paradoxically less global, more inwardly focused and less tolerant of different worldviews. Looking back, that creative tension between business and community was an important source of balance and vitality in the region. By pushing major industry outside of the Lower Mainland, the area lost some of its character, vibrancy and its sense of authenticity.”

Walking north, across Venables and along the tracks. It’s industrial-strength Sunday quiet.

No one’s around at the moment, but it’s clear people live here. There are rudimentary shelters, waste (a diverse assortment of empty containers, a disemboweled flat tube era television) and photos -although these seem to lack a personal connection and are only remotely decorative.

Moving on. A few steps north, just on the other side of the Hastings viaduct, and I am suddenly disoriented. Something’s missing. I take in the pit, the excavation, the crane standing at the ready, and I know that more people will be sleeping by the tracks, many more. But officially: legally sanctioned, neatly demarcated into numbered rectangular parcels, with decorative prints, flat screen TVs, and scheduled rubbish removal.

The assembly is just a formality. This is old. The pressure front has already moved on. Immediately to the west and north, in the crane’s shadow, encroaching on that narrow strip between Hastings and the water, the mistakable signs of the advancing bubble. 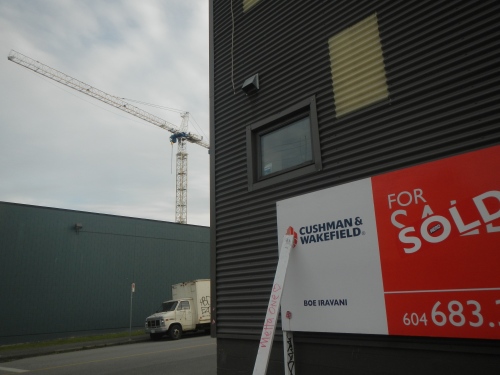