The media-sanctioned speculation strongly suggests that the squatters were responsible for the blaze. The cynical rumbling -that seldom seems to make it through the concrete walls and minds of the National Broadcaster- is that fire is entrepreneurial in nature, a savvy business move to speed various processes along.

But whether careless short-term resident or jerrycan wielding contractor, is beside the point. The real culprit behind the conflagration that destroyed the derelict North West Produce building at 730 Terminal on January 27th is a cold, unyielding equation. The arsonist is a cash flow statement that quickly and efficiently sublimates the utility of any activity falling outside its shiny speculation/consumption axis.

You could make the case that food distribution is a basic economic activity supporting fundamental needs, but it looks ridiculous next to a new Porsche dealership.

One way or another, it has to go. 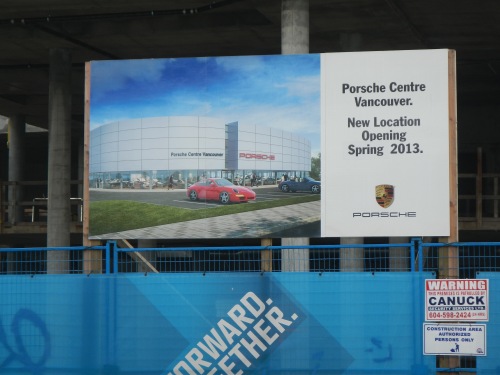 5 Comments to “Clearing the Brush”