No Gold, But Lots of Brass 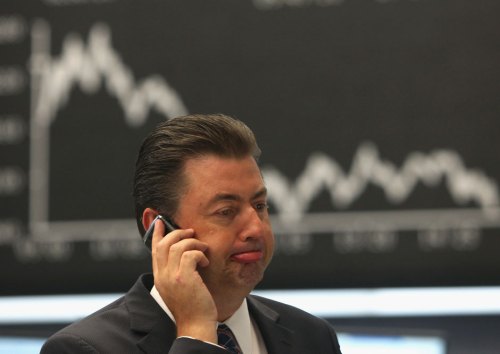 “… Dolby was busy creating a market out of thin air. This he did by wash-trading –buying and selling shares to himself. Dolby called it ‘Hungarian magic.’ Using twenty-six different accounts in eight different firms, all in different names, he eased the stock up from two cents a share to nine cents over a week, where he kept it hovering for ten days until several days of legitimate trading by speculators pushed it to thirteen cents. Dolby then floated it to just over twenty cents …. As it went up Dolby unloaded a portion of his own shares. With a little legerdemain Dolby turned a company he put together for less than $200,000 into one with a market capitalization of more than $1 million. And he was just getting started.”

I got the call from out of the blue. Someone I knew from high school but hadn’t seen much of in the two years since. We weren’t friends exactly, although we shared a certain degree of trust. He did, for example, include me in the small circle that served as his “having a coffee at Bino’s” alibi while others (friends?) were prepping his Fiat Spider for an ICBC paintjob in the adjacent parkade.

The usual banal exchanges quickly led to his new line of work: stock promotion. He … let’s call him Jeff, which is his real name. Jeff was calling with a tip about a new gold exploration stock. A great investment: great. Guaranteed to make me some cash: guaranteed. He rattled off the names of our mutual acquaintances that were already on board. Think about it.

Of course, I did my due diligence: yes, everybody else had anted-up. Bolstered by their confidence, and not wanting to miss out on the big haul, I withdrew $300 (1985 dollars, mind) from my anemic European backpack fund.

I drove to an office in a downtown lowrise. Small, bland and stuffed with filing cabinets, it could have been the set for Skip Tracer. With a fresh shirt, smart tie and an early Tom Cruise haircut, Jeff reminded me of a recently mowed lawn. His boss wore a sandy-coloured sport coat, with matching hair and mustache. Apparently $300 bought just enough interest for him to reach across his desk and give me a cold fish handshake.

Jeff up-talked the stock some. His boss nodded disinterestedly and mumbled. I looked at the envelope in my hand; I handed it to Jeff.

On a regular basis the mail produced large manila envelopes stuffed with maps, detailed exploratory findings and lots of other material that I didn’t read.

I did follow the VSE listings in the Sun, though. Seven or eight months later I was up. Way up.

I called My Broker: “sell”, I said unto him. I hung up still in possession.

The stock tumbled, Jeff went into construction, and I never heard from him again. Not a bad investment, all things considered.

I heard the boss had his life threatened. I’m sure they had his full attention.

“Rumored to be a laundry vehicle for mobsters and undesirables such as Ferdinand Marcos, the VSE is piously defended by its members and local politicians. They say it is a vital source of seed money for intrepid investors seeking to transform their brainchildren into the next Xerox. Usually, the brainchildren are born brain dead, and the next Xerox turns out to be the last Hydrodouche.”

In 1999 the Vancouver Stock Exchange was merged with the Canadian Venture Exchange (CDNX).